A downloadable game for Windows, macOS, and Linux

It is the year 20XX, and the needs of every single person you know are being exceeded.

And you're due for an upgrade.

Full Service Shop is a NSFW visual novel about a kinky, futuristic health clinic where lesbian and sapphic humans and cyborgs can switch out their naughty bits. We made it in six weeks, for NaNoRenO 2020!

Playful, sneaky, and a bit of a wildcard, Dr. Dea "Exit" DeLus is always up for an inspection of an interesting model, and your parts are just TOO fascinating not to have a look at! 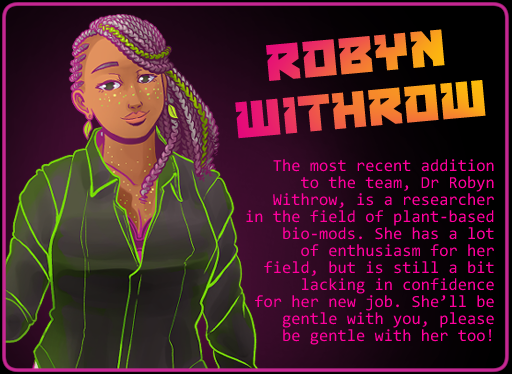 The most recent addition to the team, Dr Robyn Withrow, is a researcher in the field of plant-based bio-mods. She has a lot of enthusiasm for her field, but is still a bit lacking in confidence FOR her new job. She’ll be gentle with you, please be gentle with her too! 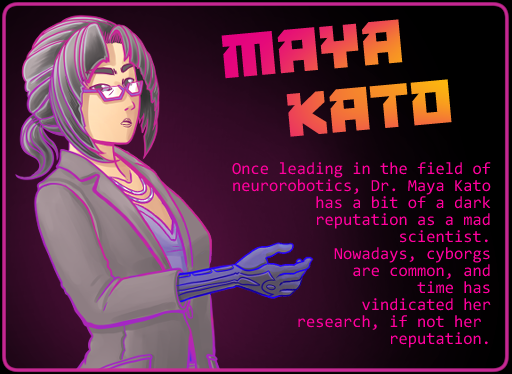 Once leading in the field of neurorobotics, Dr. Maya Kato has a bit of a dark reputation as a mad scientist. Nowadays, cyborgs are common, and time has vindicated her research, if not her reputation. 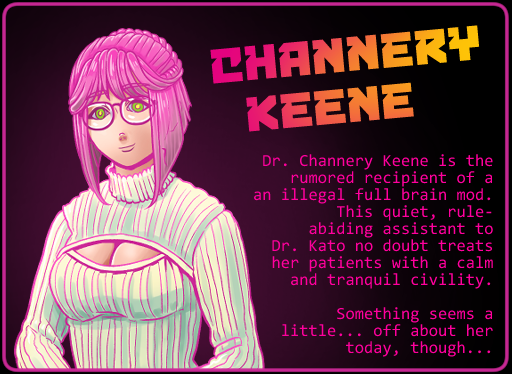 Dr. Channery Keene is the rumored recipient of a an illegal full brain mod. This quiet, rule- abiding assistant to Dr. Kato no doubt treats her patients with a calm and tranquil civility. Something seems a little... off about her today, though...

This is an 18+ game, and not intended to be a portrayal of SSC/RACK sex. If you're ever going to restrain a partner or assume sexual control, use a safe word and restraints that allow for proper circulation. Check the "Content Warnings" file in the game download for trigger warnings. Please consume your erotica responsibly, you kinky marvels.

Any chance we can ever get a walkthrough, or choice map at some point? Just so we can see how many endings and we can mark what choices we've done, cause I feel like I'm missing atleast one ending

Perhaps at some time? This game's designed less around obtaining endings, though, and more around kind of building your own scene, so it's possible to get all the endings without seeing everything there is to see. Making a guide for it would be a little bit hard. But I'd still like to help, if we can! Let us know what endings you've got, and we can at least help you get the endings.

Really interesting to read through. I like technical and philosophical dialogue, so I enjoyed Kato and Channery the most, although the latter spooked me quite a bit! TIL. I wish Robyn talked more about her work because handling botanical mods sounds so cool!

Ahh thanks so much for the comment! Maybe I should work on some fun plant science fiction sometime with Robyn, that might be fun!

I didn't realize this was connected to Off the Cuff till I saw Exits grinning face after I clicked on it, so that was a pleasant surprise!  Although the only things connecting the two seem to be Exit and kink.

But after I was done seeing all the sex scenes I did a second "safe word" playthrough and I was surprised at how sweet the characters were when you said you were done or didn't like it. No condescension or shame, just total  acceptance.  It was weirdly rewarding to see a more tender side to these characters, and for them to be so concerned and receptive to your feelings. I felt like a jerk every time I used the safe word but that's entirely on me and not the games writing, which was  compassionate and nice.

As for the characters, Exit was charming as always.  That mischievous little minx is extra kinky in this one.  Her new outfit is nice too.

Channery was sweet but the part where she drugs your tea was legit kinda frightening at first. I thought it was a part of some dark twist the game had in store for me so I spammed the safe word immediately. I listened to her explanation and it made sense, but boy before that was kinda intense.

I liked Robyn as the more safe, "vanilla" route for new players. Her insecurity and relentless positivity was a nice break from the intensity of the previous routes.  And I gotta say, sugar-into-energy freckles and glow in the dark genitals are definitely a first for me. Very imaginative!

Maya's route was probably the hottest one for me other than Exits, cause it seemed to involve body mod stuff the least and more on psychological stuff, which appealed to me more.  Her personality felt like the most dominant one too, that sort of firm and commanding maturity was hot as hell.

I did find one typo though, in Exits route there's a part where she's grabbing the players butt and a phrase is repeated twice.  It's "her hand continues curling around curling around the back". Just thought you should know.

I hope this overly long review made sense and wasn't just rambling. Anyway, this was a fun VN to waste time with, thanks for the free entertainment!

Heya! Thank you so much for coming back and giving Full Service Shop a try! Having a safe word mechanic was an idea that I saw a few years back in an excellent game called Cute Demon Crashers. In it, if you click the "Stop" button, the sex scene straight up stops. I thought its inclusion was strange and cool. Strange, because a player can just X out of any video game they don't like, but cool, because even if you don't use their button, it changes the tone of the sexual encounter entirely. I'm pretty interested in how sex can be used to communicate, and wanted to see what a different style of safeword would look like. Because a safeword can also mean "pause, and let's make some edits." That felt like a way of adding gameplay, rather than cutting it out. And I hope that it helped you feel more comfortable, the more you used it.

Thank you also for catching that typo! I'll pull open the script right now and get that fixed. I should probably reupload soon, I think that makes three typos people found, so it'd be good to get those fixed.

And thank you for the feedback on everyone's routes! Such a long comment isn't rambly at all, or if it is, it's a pleasant walk through how you felt about what we made, and that's both helpful, and encouraging. I was hoping that the range of characters would mean that different people would have different favorites, and hearing which ones appealed to you and which didn't makes me feel confident that we hit the targets we were going for. ^u^
Reply
Tsushi16 days ago (1 edit)

Thank you so much for rambling! As the one who wrote Robyn’s route I’m so glad you enjoyed Robyn’s soft approach. I appreciate the long review so much, made my day 💕

Just looking at the advertising, I have one word: B!ZARRE. It seems to be, on one level, a gratuitous, grotesque form of neo-Freudian wish fulfillment, yet my hunch is that, on the next level down in context, it is in fact a cutting satire of the entire cult of sexual commodification which found its most pious expression in the corporate appropriation of the Pride Movement. The advertising is quite hilarious, since it's a funhouse mirror for our most depraved fantasies. I commend your daring and your subtlety; beyond the conservative audiences which will cringe at the marketing, your more left-leaning populace might take issue with its strong satirical overtones. Be that as it may, I can't pretend I am not tempted to play this and to "find out for myself", as the cliché goes, since the screenshots tease some of the most inspired prose I've seen yet in this Game Jam. What does it say that the Imagination is so often ingenious when it comes to sex and gender? Only that our energy is being wasted on the sacral chakra. Be that as it may: I ought to educate myself. I guess I'll play when I feel ready to come (to a conclusion).

Hehehe, I'm afraid our game is a little more straightforward than you may be expecting; what you're reading as satire is simply our earnest attempt to make something fun and sexy. For me personally, sex inspires a lot of creative drive, and to ignore that would be to let it all go to waste! I should love to become 'a funhouse mirror for peoples' most depraved fantasies,' that sounds like a body of work I could be truly proud of. XD

But don't think that our response upon reading your comment was anything less than thrilled! There should never be any shame in overthinking any crumb of media that comes (also loved your pun) along one's way, and if your perspective on what we've made takes you off in a completely different direction, that's marvelous! If you do play, I hope it gives you a good time, be that through the intended purpose of reading smut, or even functioning as a springboard for your own ideas in any direction. Thanks for stopping by!

oh this is amazing so far! i absolutly adore all the characters, ive only gotten three endings but all of them have been phenomonal! I do wonder how exit got here though, from world class thief to world class modder.

On an unrelated note, where can i submit a bug report? its nothing major, and the game is simply amazing, but i thought i should mention it regardless,

Thank you for giving it a try! And this game is an alternate universe from Off the Cuff; I made Exit for a tabletop campaign, and Maya ended up being the Big Bad of that game. The world of FSS is much more chill and friendly.

And go ahead and let me know any bugs right here! When I get enough, I'll be happy to update the game file.

Wow. Very impressed, I enjoyed this a lot. I read through a couple of endings and loved how unique each storyline was, and how lots of elements such as safewords and body choices worked. Thankyou to all authors!

Thank you for playing! I'm really glad that we got the safeword functioning; even if players don't explore their options with it, I think that just having it there can completely change the tone of a scene.

well looks good and sounds good, now I can’t wait for it ;3

Thank you very much! We've got a playtest ready for download right now! https://alexisroyce.itch.io/full-service-shop/devlog/134562/playtest-ready

Thank you! We aim to please~

This looks fun! Can't wait to play it :)

Thank you! Things are coming along, and we're hoping to have profiles for the other two technicians up in the next couple of days! 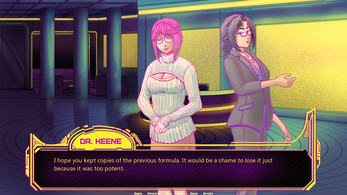 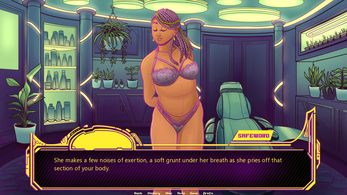 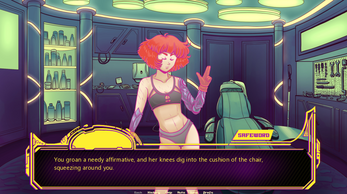